The 32-year-old saw off competition from the likes of Juventus forward Cristiano Ronaldo and Liverpool defender Virgil van Dijk to win the prestigious accolade, which is voted for by journalists.
Messi won the award for the first time in 2009 but had not won it since 2015. The Barcelona forward now has one more title than arch rival Ronaldo.
“Today is my sixth Ballon d’Or. It’s a completely different moment, lived with my family and my children,” said Messi at the award ceremony in Paris.
“As my wife said, you must never stop dreaming but always work to improve and continue to enjoy. I am very lucky, I am blessed.”
Barcelona’s Lionel Messi reacts after winning his sxith Ballon d’Or award.

Messi has maintained his ridiculously high levels over the last 12 months, becoming Europe’s top scorer for a third consecutive season and winning his 10th La Liga title with Barcelona.
He was also named The Best FIFA Men’s Player in September, once again beating Ronaldo to the title.
This season has started in familiar fashion with the magician scoring nine league goals for the Catalan club. He netted a superb late winner against title rivals Atletico Madrid on Sunday and was called “infallible” by his manager Ernesto Valverde.
Messi added: “I hope to continue for a long time. I realize that I am very lucky, even if, one day, retirement will ring. It will be difficult.
“But I still have beautiful years ahead of me. Time goes very quickly, so I want to enjoy football and my family.” 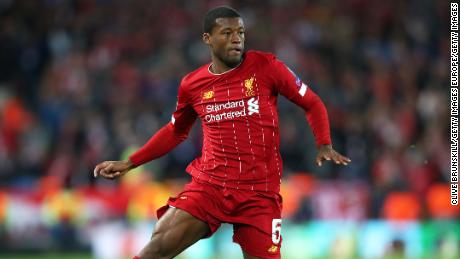 Meanwhile, Megan Rapinoe won the women’s award after an incredible year for her national side.
She co-captained the USWNT to World Cup success earlier this year, being named the tournament’s best player. Lionel Messi wins sixth Ballon d’Or – one more than Cristiano Ronaldo
The 34-year-old has also been influential off the pitch where she used her platform to fight for causes such as pay parity and equal rights.
“I can’t believe I’m the one winning it and women’s football is lucky to have these players,” she said.
“Thanks to my teammates for all the support. You allow me to be who I am on the field and the person I am off of it. There is not enough thank yous in the world for all that you guys do for me.”
England’s Lucy Bronze finished second, ahead of US striker Alex Morgan in third. 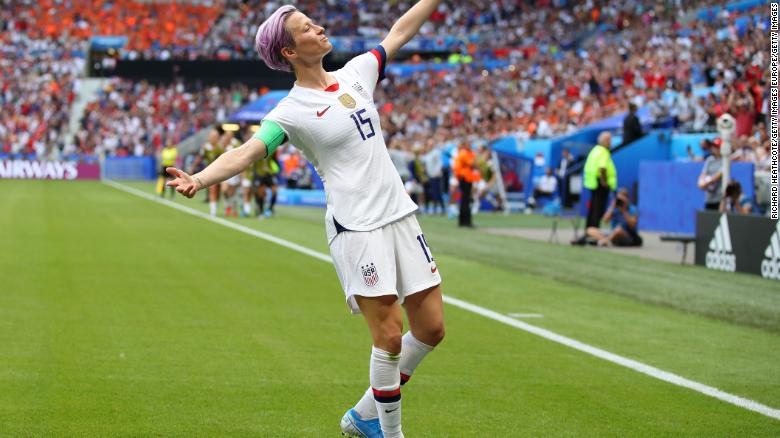 ‘There was just someone a little bit better’

Many had tipped Van Dijk to become the first defender in 13 years to win the coveted title, following in the footsteps of 2006 winner Fabio Cannavaro.
The Dutchman had already been crowned UEFA Player of the Year after winning the Champions League with Liverpool last season.
“I was close, but there was just someone a little bit better,” Van Dijk said, after finishing second behind Messi.
“I’m very proud of what I achieved last year with Liverpool and Holland, and hopefully we can do that again this year. But that will be tough with those guys around here still.
“I never thought that I would be up for a Ballon d’Or until I was actually nominated. It shows a lot about how my career has been. My career has been different from the winner here, I came late, but I never gave up on my dreams.”

Ronaldo finished third in this year’s award but was not at the ceremony to watch his rival make history. Lionel Messi wins sixth Ballon d’Or – one more than Cristiano Ronaldo
Instead, the Portuguese forward opted to attend the Serie A awards where he was named the best player in the Italian top-flight.