Well, if you’ve ever wanted a glimpse into the life of one of the world’s biggest soccer stars then you’re in luck.
“Matchday,” a new behind the scenes documentary on Barcelona’s 2018-19 season gives viewers access to exclusive never seen before footage which is narrated by none other than … Hollywood actor John Malkovich.
Lionel Messi makes his 700th appearance for Barcelona in the 3-1 win over Borussia Dortmund.
The documentary centers on eight key games from last season where Barca won La Liga and reached the semifinals of the Champions League where it was blown away by Liverpool in one of the greatest comebacks in the history of European football. 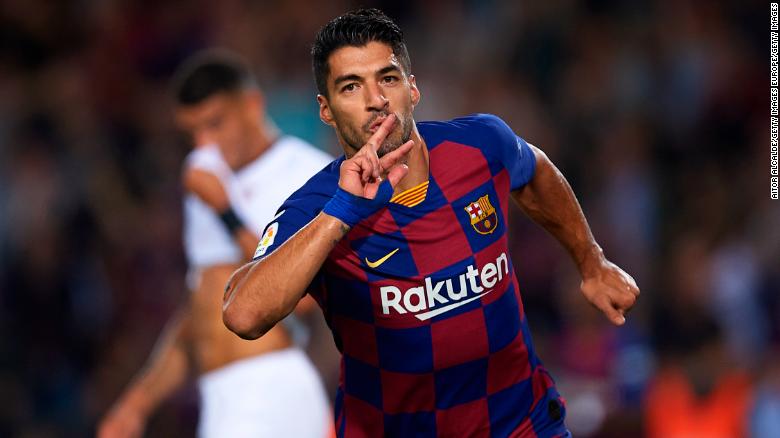 Luis Suarez is filmed at home sharing a barbecue with his teammates in the new documentary.
There’s also footage from outside the locker room with cameras being allowed into the players’ homes including a barbecue at Luis Suarez’s house where he’s joined by Messi and Jordi Alba.
Gerard Pique is also featured, spending time with his family, while Ivan Rakitic shows off his culinary skills and Marc-Andre ter Stegen talks about designing his new home.
On Wednesday, in front of an adoring home crowd at the Camp Nou in a Champions League match against German team Borussia Dortmund, Messi made it 700 appearances for Barca, games in which he’s contrbuted 613 goals and 237 assists.
Messi scored one and set up two others as Barca claimed top spot in Group F with a 3-1 win over Dortmund.
Barca is just the latest big soccer club to allow cameras into the club. Manchester City and Juventus have both been subjects of documentaries while a series on Tottenham is currently being filmed by Amazon.
The series, which consists of eight 45-minute episodes, is being broadcast by Rakuten TV from Friday November 29, with the documentary also being shown in Japan.
You can watch clips of “Matchday,” by clicking play on the video at the top of the story.